skip to main | skip to sidebar

https://photos.google.com/album/AF1QipMx98zxZB3JZhK5wp0SSH8lotv6OdAamJn0ah-O is where you can see the pictures I took between 2000 to 2006.

I'll post current ones if I can. I can't travel there anymore,, so any of you who still go, like Elaine Angstrom and anyone else who'd like to can send me an email at paralipa@gmail.com, and I'll make sure they're posted.

Labels: Update on my Cats

...I keep saying people have died who havent, others who have. I usually simply cut and paste what Jacci writes, but do editorialize a bit. You'll see in this cut and paste that Henriquetta does not (praise G-d) have AIDS.


So Here is what Jacci Wrote (Dan, take note, Henrequetta is on the "stories" page)

It has been a while since we have been in touch.

How are you doing health wise? The abuelos still ask for you so let me know so I can give them an update on you.

Thanks for sending the message from Esi. I presume that she sent money to help me when "I was s tranded in London". She should have come to visit me!

She is the first person that I have heard that responded to the message. I hope there were not any others.

We were talking about you t oday. We meaning Sergio Guzman and I . He is here for two weeks. In September he is going to Thailand for two weeks. I thought of you when he said that. He also asked how Enriqueta was and he said that on your write up on Los Martincitos you said she has aids. I do not believe that is true. So I think it would be good to eliminate that point.

Los Martincitos moves along as always. We have had fewer volunteers due to the financial crisis but this week there are eight at the program. We have not had that many in ages and some weeks we have had none. This also means that the donations are down.

We are in the middle of the ugly time of year.But I just move ahead and try not to think about it.

We will have Mass with Father Juan tomorrow and your name is usually placed on the list for prayers so you will be remembered tomorrow.

Hi, As I just ask 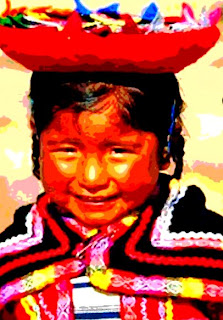 ed Jacci for news of Los Martincitos, usually she tells me who has died recently (Edwardo, Antoinetta, and Franchesca) I would dearly love any photos, news or other information to put on this Blog, which , as you know, is tied to Adopt a Grandparent (Adopta un Abuelito), Inc.

Update and Blessings from Sister Jacci

Advent is my favorite time of the church year. Such beautiful readings – especially the first readings from the Sunday and weekly Masses! I am promoting or, at least, I am trying to promote taking time each day of Advent to read the first reading and reflect on it. Ask what it means to you in your daily life. You might be surprised to see what the reading has to say to you!

I think most of you know that I returned to Peru to begin the New Year .(I arrived in Villa El Salvador at exactly midnight when the “effigies” were being burned. This is a practice that we are trying to discourage because it contaminates the environment but the significance for the people is that it is a sign of getting rid of all the problems, disagreements, etc. of the past year and starting anew. Literally from ashes!) While the effigies are burning the neighbors greet each other with an embrace and usually with a toast of beer, wine , pisco or whatever is available.

And noiw the BIG event of the year in VES. For over 30 years, the big open market in the area was located in the middle of a wide boulevard but traffic went up one side and down the other. Nobody seemed to mind. But this year the municipal government decided that this was not a good location. (Actually there had been talk of moving the market for some time but the vendors were against it.)

After much negotiating which did not move, the government decided to act. Flyers were distributed saying that the market was going to be relocated soon but it did not say the exact date. So about two months ago at 11pm, 1000 police moved in and literally leveled the market. The use of tear gas and riot gear helped order to be established quickly. The vendors knew they were up against big odds.

I went to the market the next day and I could not believe my eyes. Not one stand was left upright. Many people were there , walking around but it was like a wake. Hardly anybody was speaking and if they were it was in subdued tones.

It was the end of an era!

The vendors who did not immediately relocate to other markets in the area were literally out on the streets. One block from our house is the site of the new market but nothing had been done to facilitate the move into it. So the vendors were on the streets in very crowded, unsanitary conditions for several weeks. I did not like shopping during those weeks. I felt there was no room to move – and that was the truth.

Now the market is opened – as of two Saturdays ago.. But many of the stands are not finished so it is still a challenge to go shopping. It is cleaner, has wider aisles and the vendors are happy to be settled. However I am still trying to find some of my “favorite” vendors.

By the way, the market was officially opened by Yours Truly. The priest had been asked to say Mass on the Opening Day but since he was not able to, I was his substitute. I was told that it was to begin at 9am. I went up at 8:45, saw no sign of activity, went home and returned at 9:15 – still nothing in progress. As I returned to the house, the woman who had contacted me the day before appeared and said they were a little behind schedule. So I said it would be better if she would come to our house to get me when all was ready. I am so glad I did that. The lady returned at 10:30 but we did not actually begin until 11:15. That’s Peruvian time!

When I arrived I was being announced as Padre Juan. Luckily someone told the announcer to take a better look and it was soon Hermana Jacci who was going to say the Mass. I did explain – when we finally got started – that this was not a Mass but rather a blessing.

I had a good time after the blessing going to many of the stalls (the ones to which I was invited) and giving a blessing with holy water. Sometimes I even received a sample of the vendor’s wares in return for the blessing!

I can´t end this story with mentioning the change in name. The original market had a name but very few people knew it. It was always the “chancheria”. This means pig farm or pig sty. Strange name for a market! The reason for the name is that when the people first came to Villa, there were only sand dunes and pigs. The sand dunes were quickly covered with settlers´ tents and the pigs were moved up the hill (next to the site of the present cemetery). But the name stayed. Now the name is Plaza Villa Sur. It sounds a bit stuffy after all the years of being the chancheria.

I like having the convenience of having the market so near – shorter distance for carrying heavy bags but am not happy about the prospect of the arrival of rats – both four legged and two legged kind. This is almost inevitable.

Enough of the market…

I attended a meeting of the United Nations on Disarmament. The meeting was held in Mexico City. Our congregation has NGO status in the UN and since the meeting was being held in Latin America, we were invited to go. It was a wonderful experience to see so many people, from so many parts of the world so determined to do something to better our world.

The end of December and the beginning of January will be busy times for us , the SSNDs in Peru. In early January we will be hosting the Chapter of Elections for the District of Latin America to which will come SSNDs from six Latin American countries as well as from the USA. The meeting had been originally scheduled to take place in Honduras but because of the political instability there, it was decided to move the meeting to Lima. It will be a busy time but also a very special time for us as we share seriously and in fun with our Sisters.

You and your loved ones will be in my prayer during this Holy Season and, of course in the New Year. May it be a time of blessing for you!

My prayer for you is best expressed in the words of Paul to the Philippians (which was the second reading of the Liturgy of the Third Sunday of Advent.

Rejoice in the Lord always , again I say, Rejoice!

Let your gentleness be known to everyone. The Lord is near. Do not worry about anything, but in everything by prayer and supplication with thanksgiving let your requests be made known to God.

And the peace of God, which surpasses all understanding ,will guard your hearts and your mind in Christ Jesus.

Blessed Christmas and much peace in the New Year!

From Jacci with love, and my blessings and love to all as well!

This is from Jacci, along with the information that Julias husband Fillipe had died yesterday. But we should not feel bad or depressed because as Jacci says these people were well loved. It's another example of how Los Martincitos are able to give the love to those who need it most.

Again I come with the news that another of our dear ones has been called home to God. This was a surprise to all of us.... Judit Ruiz was in the program on Monday and went home and, at first, we heard that she had died in her sleep but then we heard that she had choked on her food and nobody was at home to help her.

Judit suffered much with her family so it is a blessing for her to be loved and at peace.

In the coffin she had such a lovely expression on her face .

Judit always had a smile for everyone.

I never saw so many of the abuelos crying at the news of a death as I did when we announced about Judit.

We are blessed here at Los Martincitos to come to know so many lovely persons and Judit was one of them.

Summer's over, and I'll update 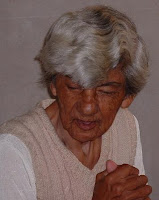 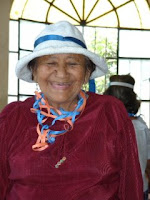 I'm so sorry that the blog hasn't been updated. Unfortunately, the news is sad. Maria Nolly, Benidicta Bustina, andMaria Del Carmine have all left us. Here are their pictures:
at 12:29 PM No comments:

About Our Executive Director

Adopt a Grandparent/Pamela
Villa El Salvador, Lima 42, Peru and, Sebring, Florida, United States
After going on a "working vacation" to Lima, Peru and meeting the elders at Los Martincitos, Pamela decided to help them in whatever way She could. After many years of planning We now have a non-profit organization to raise funds for them, and Pamela and other directors work directly with them, living in their community for up to 6 months a year. The dream that Pamela has is to expand the organization to include more groups of Elders in Peru as well as other Third World countries.